Tales from the (Movie) Theater: Part 5 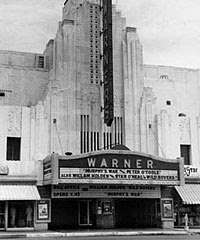 When The Moment Comes...

In my last post in this series, I mentioned my recent interview with my younger brother (who was the senior projectionist at the time I began working at the Huntington Park Warner Theater). Now that we are both in our 50's, and married with children, it was interesting to note his experiences working there and how clear and vivid his reflections were toward that short stint in his (work) life. As well, it was striking to realize the parallels in our two (short) projectionist careers. Previously, I thought he worked there a good while, especially before I arrived. In fact, it only seemed long. But, he only started working there the year before I did (1975).

The rest of the chapter has been updated and relocated to my current blog, found here.

Next up: Transitions (Part 6)