I’m right behind you, win or lose

I thought about this 1988 song by Rod Stewart when I awoke this morning. Perhaps, it has something to do with mi compadre Will (over at Secure Immaturity) and his DS9 Week tribute. Hmm... 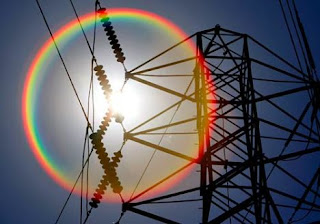 Now that we're officially into Fall, and before we hit The Slide, I thought I'd mention a few things. 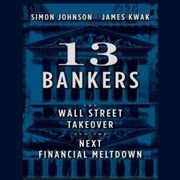 Every year, seemingly since I began reading in earnest, I've taken on historical and non-fiction works on a regular basis right along with my thriller, sci-fi, and crime/mystery novels. And annually I encounter at least one or two books which are so sobering that it makes you sit up straight while it weighs on your mind for some time after. Two years ago it was Jane Mayer's The Dark Side: The Inside Story of How the War on Terror Turned Into a War on American Ideals. Last year, it was Where Men Win Glory: The Odyssey of Pat Tillman and Tokyo Vice: An American Reporter on the Police Beat in Japan. This year it is 13 Bankers: The Wall Street Takeover and the Next Financial Meltdown by Simon Johnson and James Kwak. While it may have a bias (and you'll have defenders and opponents of Wall Street taking sides here), the book's strength is its straightforward history of banking and its influence over the years on government and federal policy that brought about a ruinous recession (likely the deepest downturn since The Great Depression) and gave cover to those who caused this calamity. The same group who are likely teeing up another of these since they're fighting tooth and nail (with taxpayers money) to defeat the needed changes to the current freewheeling structure now in place. Whether you agree with it or not, it is well worth reading.

Author John Kenneth Muir has in his examination sights the most universally cherished Trekker film in the canon - Star Trek II: The Wrath of Khan. Whether you're a fan of this series (or not), or someone who is familiar with such literary classics like A Tale of Two Cities, Paradise Lost, or Moby Dick (and want to discover what the parallels are here), don't miss this one. 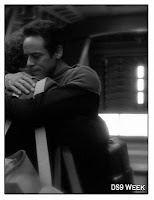 Keeping to that science-fiction tendency of mine, this is DS9 Week over at Secure Immaturity. Of course, I'm referring to Star Trek: Deep Space Nine. A show that was criminally ignored by much of the Trekker and sci-fi faithful during its initial run. It is finally getting its due, as many in the blogosphere can now attest. Site owner, blogger and writer, Will, said it best in his opening essay:


"Now let’s not get all down in the dumps here. While DS9 did deal with many dark concepts, it’s realism on the war/politics front also translated well in it’s descriptions of family, friendship, love, and, oddly, business (see Ferengi, but that’s another post). To start, unlike the much more beloved TNG, family wasn’t simply an idea that was seen in the background with extras or in brief visits to Earth: family was a central piece to the development and goings on in the universe. Sisko and his son Jake: love between a father and son. Quark and his brother Rom: love between siblings. Odo and his people, the Founders: love in absentia, Keiko and O’Brien: married love, Worf and Dax, Bashir and Ezri, Sisko and Kasidy, the list could go on. Picard, Riker, etc. . . sure, they’d have a random romantic encounter, but what happened on DS9 stayed on DS9: relationships couldn’t be forgotten once someone left the port of call."

I'm so looking forward to this week specifically because of this blogathon (and it has nothing to do with the fact that I contributed something to it... really). And then there's my friend J.D.'s John Carpenter  Week at RADIATOR HEAVEN next week! These are going to be great.

Last year, mainly due to blogging friends Corey, Pop Culture Nerd, and Jen convincing me (after awhile), I discovered the entry of one new and exciting writer. Sophie Littlefield and her A Bad Day for Sorry debut were something special to be introduced to. This year, that role is to be assumed by one Hilary Davidson. Her debut novel (which comes out tomorrow), The Damage Done, is already gathering high praise. Today, Pop Culture Nerd had another of her fine interviews (and giveaways) with the author. Jen, of Jen's Book Thoughts, also offered a praise-worthy review of the novel, recently. Since Hilary won the initial Watery Grave Invitational short story contest, at least I won't be late to this party.
If you don't know it, it is Banned Books Week, too! Flickr is presenting a gallery of display pictures from various bookstores. Yesterday's OIF Blog had a great one from Fulton High School in Knoxville, TN:

"... Los Angeles is a desert community."

"In the middle of a drought and the water commissioner drowns! Only in L.A."

We're only 24 degrees above our average normal temperature for this date. That's all.

My Picks for The Greatest... Sci-Fi Film Edition


My good friend over at Musings of a Sci-Fi Fanatic had a very relevant post on SciFiNow. Issue #44 explored what its readers came up with as The Greatest Sci-Fi Film. Since Gordon opened this up to his readers, I decided I'd post my list choices here since the genre has long been a favorite of mine.

Right off the bat, it was a hell of a lot more difficult than I'd imagined it would be just to select 10 films, let alone trying to put them into some semblance of priority. To help me with that, I had to decide what would qualify as science-fiction. So I fell back to my favorite reference. The dictionary:

Still, not easy. What about the films that seemed more action-oriented (like T2: Judgment Day) or more horror-like (Alien)? How would those films jibe (in my head) with that traditional sci-fi definition? Did it really matter? In the end, another blogger friend (J.D.) cut to the crux of the matter with his comment (and his list):


"With these kinds of lists I'm always wrestling with do I pick the film based on importance or on personal preference and figured I'll just go for a mix of both."

A Movie Meme Worth Repeating - Films I Can Happily Watch Over and Over Again!

My good friend from across the pond, Steve Langdon at THE LAST PICTURE SHOW, has graciously bestowed an honor and a meme tag upon moi (along with Nigel Maskell and Keith). As best as I can ascertain, the purpose of this meme to identify and list the films that I'll watch repeatedly. I don't believe it is meant to show folks that I've seen a bunch of films (though my wife would argue), or that I have in my possession any keen or great cinema expertise (my wife just laughed at that one). Still, these do typify the movies that I've seen more than once and that I know (and she-who-must-be-obeyed knows) I will come back to again... and again. I'm sure there'll be some people that will either agree with or argue over these selections. Or, ask:

Steve himself put together a marvelous list, and I couldn't help myself by taking sneak peaks at those before me. Steve was tagged by Ian Smith, who was tagged by Brian Sibley (via Good Dog), byway of Stephen Gallagher. These skilled British writers (and bloggers) definitely show how wonderfully varied the watch over and over lists can be (and that I have my work cut out to put together anything near as good). The rules for this meme are as follows:
So before the jump, I'll tag and nominate: 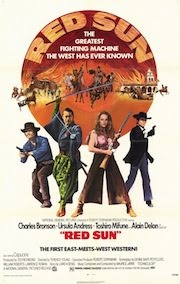 It's funny how fish-out-of-water story concepts make their way on to films. Specifically, when characters and cultures find themselves literally on foreign soil. For instance, East meets West tales have been almost a staple in television and film through the decades. One manner deployed in such tales can have a lone protagonist struggle their way through a foreign culture as a method of discovery or exposition in the yarn (and for the audience). This was effectively done in the Kung Fu TV series (1972-75), and the 1990 film Quigley Down Under. You'll note that my examples purposely looked at the western ilk. I know it's not a genre with universal appeal, but it remains a favorite of mine through the years.

While I've wandered into crime/mystery literature of late, I guess I feel that style of writing has a kinship with the western. Like the venerable oater, crime fiction shares similar core motifs of "love, danger, and death". Honor and a code of ethics can also be attributed to both. Each genre has a tremendous versatility in their morality plays to express a point of view and comment on history, injustice, and the commonality among societies and peoples. For me, those parallels make another very effective reason why Joss Whedon's short-lived 'space' western series, Firefly, was so damn good (and why the Fox Network canceling it seems so dimwitted years later). In fact, some of the great fiction writers of recent time have penned great stories in both the crime and western sets (Elmore Leonard and Robert B. Parker would be two of the very best).

The rest of this post has been updated and moved over to my current blog, found here.