25 New Films for the National Registry 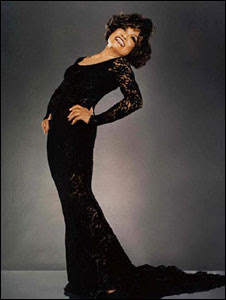 It is with deep sadness that Christmas Day of this year we lost a true and legendary entertainer, Eartha Kitt. I don't say that lightly. She performed on television, film, recording studios, nightclubs (all across the world), and on Broadway--who in this age has done that (or is even capable of doing this)?
Not only that, she was a survivor. The illegitimate daughter of young African-American mother and white father (who she never knew) in times so intolerant of such lineages. She was "given away for slavery" (as she recalled) to abusive and neglectful family members early in life. And, after building a spectacular career, she spoke out against the Vietnam War and suffered through professional exile in the U.S.
Just days ago on our brief vacation, my wife noted after listening in the car radio to her classic Christmas song, Santa Baby, she didn't know why many of those who recorded their versions of that song tried to imitate Kitt's persona while they sang it. They're never were going to out-Eartha Eartha, so why bother? I couldn't agree more. She had such a distinctive voice, personality and talent.
Growing up, I'd see this wonderful woman performer throughout my television viewing. In fact, one of the startling performances I watched in 1965 was Kitt as a drug addicted jazz singer in "The Loser" episode of I Spy. Couple of years later, she took over the part as Catwoman from Julie Newmar in the Batman series, and she became my favorite in that role, ever (...and I've never been the same since). Decades later, in 2000, she was easily the best thing in Disney's The Emperor's New Grove as the villainess Yzme:
Rest in peace, Eartha. You will be sorely missed...
Posted by le0pard13 at 7:33 PM 3 comments:

Merry Christmas to all (as I groggily write this while the kids open their presents this morning).
Posted by le0pard13 at 8:52 AM 3 comments:

My Next "Can't Wait For" 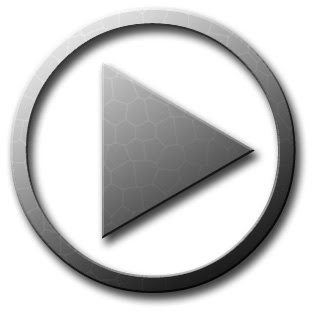 After checking out Corey's post on this, and only encouraged by Jen at her book blog, I decided to give this a go.

What does your music say about you?

Put your iPod, Windows Media Player, or whatever music player on shuffle.
For each question, press the ‘next’ button to get your answer.

You must write that song name down no matter how silly it sounds.
Title this post the same as the answer to the final question.

This post has been updated and moved to my current blog, which can be found here.
Posted by le0pard13 at 1:55 PM 7 comments:

Two Greats from the Dark Side 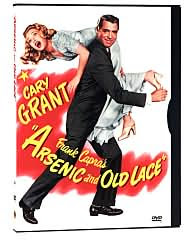 Perhaps, it's because I'm listening to Jane Mayer's excellent non-fiction book, The Dark Side, but I feel the need to post on two of my favorite films by Frank Capra. Both were released within two years of each other. At first glance, they are very different from each other, but each have some very similar traits (like great direction, cast, screenplay, etc.)--including a central dark element. The first is the 1944 Arsenic and Old Lace (though it was filmed in 1941 before Capra went to work making movies for the WWII War Dept). For family movie night on the last weekend in November, my wife suggested this movie because she didn't want to get into any Christmas movie (the kids were clamoring for) before December arrived. The family's reaction to it, and critic's pick, caused the itch that this post intends to scratch it with.

This post has been moved and updated to my current blog, which can be found here.
Posted by le0pard13 at 10:42 AM 2 comments:

It's the Cars, Stupid

I've been reading Robert X. Cringely's tech column for a number of years. Last week's column looked at Detroit and their woes, and possible cures. You can read it here, or listen to it via MP3. One commenter has the problem down pat with this one quote that includes a joke from the 70's:

Who Was Overlooked in the '100 Greatest Movie Character' List?

I agree with Mr. Crow that anytime someone puts up a "Best of" list you're in for the inevitable argument. Empire's list, here covering the top 25, is way too skewed toward the last few decades in the 20th century, and ignores too many great female movies characters and those of movie animation, altogether. You have Hans Gruber (Die Hard) at 17, but no Henry F. Potter (It's a Wonderful Life)? Even if he's listed below the 25th, that's just wrong. Gollum at the 13th spot, and Pinocchio is where? For that matter, where's any of Bogart's characters--go ahead, pick one: Rick Blaine, Sam Spade, etc. (I'll wait...)? And, I'd be just as wrong to ignore the Betty Davis roles (Margo Channing, Baby Jane Hudson, etc.). Very few of the current crop of actresses even come close to her. Who stands out as overlooked for you?
Posted by le0pard13 at 2:15 PM 5 comments:

The N.Y. Times came out with their list of the most notable (for holiday gift giving) books for this year. For me, there was only one from the list in my queue for my reading/listening: The Dark Side: The Inside Story How the War on Terror Turned into a War on American Ideals by Jane Mayer. I'm interested to know how many on this list were read (or in queue) for you?
Posted by le0pard13 at 1:53 PM 1 comment:

Big News Orgs Help Bush Whitewash History of Iraq War
I hate to make this my first post of December, but what's happening in the major news outlets is beyond wrong. I'd say this is one of the most important posts from TPM and Greg Sargent. The, I was fooled by bad intel excuse is pathetic, stupid, and plain wrong (but, what else should I expect from the Worst...President...Ever). But, unfortunately, the likes of Washington Post, NY Times, CNN, Reuters, and others are blatantly attempting to sell this crap to their readers. I hope the bloggers, commenters, and alternate news sites pick this up and run with it because this is just propaganda (and evidence of one of the most corrupt U.S. administrations in history). And, it is helped by the years of conglomeration of the news media by corporations buying up most of those outlets.
Posted by le0pard13 at 9:50 AM 2 comments: