Sleeping... But Not Gone

Seems I was having this same debate about a year ago. Then, as it is now, it was over Blogger's less than feature-rich commenting system -- plus it seemed over the short life of this blog, I received feedback stating that the same system had munged their detailed remarks and forced them to re-type their comment more than once. Not good. I did manage to delay the argument by deploying a third-party system (JS-Kit's Echo system) last April, and that helped... some. But even with its nice social networking features, threading, and better editor, that too began to crack (and some like my friend Will couldn't even comment because older browsers had issues with Echo). Of late, whether it was Blogger's or JS-Kit's fault, it stopped working more than once... then Echo's support (did I mention it's a paid service?) stopped responding to this client's requests. It appears like I wasn't the only one unhappy with it.

While all of that was diverting enough, I began to feel that wasn't the only thing driving this. Then I remembered this scene from Silence of the Lambs:

I guess the gist of it has been the fact that I've wanted to change or improve things for a while. Don't get me me wrong. Blogger is not a bad blogging system. In fact, Google made it quite easy for me to join in on the sphere back in 2008. Ridiculously so. But again, after a while, there were things I began to notice that I craved. So when I opened a Wordpress.com account (also free like Blogger) early last year on a lark (or so I believed), I liked what I saw in its writing and publishing features. I'm not, nor do I ever expect to be, a blogger that produces extraordinary content or have a boatload of followers. However, I am one who likes to tinker with things. That's just me. And I'm not interested in getting into flame wars over platforms: Mac vs. PC, iPhone vs. Android, or Blogger vs. Wordpress (but there are loads of posts arguing one way or another on this one). But, I am making a switch... or sorts.

Since change seems to be in the air with some many of my blogging friends (Jen and Kaye have deployed her own custom domains [http://www.jensbookthoughts.com/ and http://www.meanderingsandmuses.com/, respectively], and author John Kenneth Muir and Sci-Fi Fanatic have updated their blogsite's design with nifty new templates), I'll begin posting new content exclusively over at my Wordpress blog site: It Rains... You Get Wet (points awarded to the first person who names the film this quote emanates from) starting this week. I contemplated moving my Blogger posts and comments over to the new blog with this change, but decided against it since I am not really abandoning this blog site or giving up my Blogger account. The only difference is what I've written about in the past (here) will just begin to land over there, instead. If someone leaves a comment on a blogpost (on either site), they'll still get a reply and thank you, regardless, since I'll monitor both to the best of my abilities. I don't do this lightly (hence my months long procrastination) because I realize getting people who are regular readers of Lazy Thoughts... to also make a change to a new site (and/or add another email subscription or RSS feed) is a big request.

I sincerely hope I don't alienate anyone with this, especially those who have read (or lurked), followed, and/or commented over the last few years. In many ways they are the best part of it all, but I do feel like it is for the best at this point in time. Lazy Thoughts (past) will be here, and there (those future posts that are coming). This in no way changes my commitments to friends -- I plan on contributing the promised posts to Kaye Barley and Edward Copeland on their wonderful blogs, and continuing the joint post project with the wordy one, Rachel over at Scientist Gone Wordy. I've learned, too, to never burn your bridges. So who knows, I might myself right back here sometime in the future. But for now, one leopard will be sleeping while another begins prowling. My heartfelt thanks to you all for your readership and understanding. 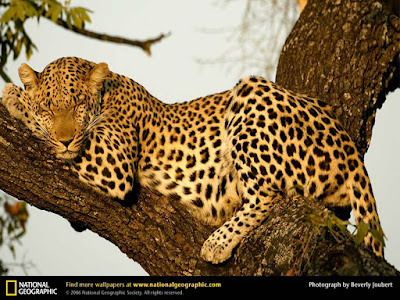