Dom DeLuise, the manic comedic actor, passed away yesterday. He was always a fun to watch entertainer. He seem to scene steal in whatever venue he worked in. Whether he was on Dean Martin's or Carol Burnett's variety shows, or Mel Brooks or Burt Reynolds movies, Dom was a deranged bundle of energy. He always seemed to give himself entirely over to whatever role he was cast in. His closing bit as the musical director while the Blazing Saddles western cast crashed his set was totally unexpected and hysterical. But the one role that I think I'll always remember him for was his rare dramatic bit role in Sidney Lumet's 1964 cold war thriller, Fail Safe. His anguished take as the Air Force Sergeant (Collins) ordered to give his Soviet counterparts the technical secrets toward defeating our Hustler bombers on their mistaken run was something very special in a movie full of great performances. It was exceptional because, for someone not formally trained, he masterfully conveyed the character's conflict with his struggled delivery of the information while in an impossibly tense situation. When his character is done and sits down, you can clearly see the suffering he'll have to live with from that moment forward. What he does with this small role was nothing short of amazing. He will be missed. May he rest in peace. 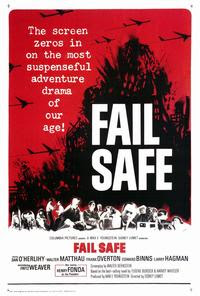