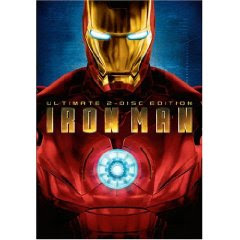 With she-who-must-be-obeyed away in the rainy Pacific Northwest visiting family, it was a Dad & Kids weekend. Yes, it means more fast food in their menu--but, my wife didn't marry me for cooking skills ;-). Homework, the scourge of children and parents, alike, was completed. And with that out of the way early, that meant our usual movie weekend. For Friday evening, it was Jon Favreau's really fun Iron Man, in a crank up the home theater session for the whole clan. Robert Downey, Jr. is even better than the special effects in this. But, IM deploys its effect intelligently. As opposed to other recent fare (cough...I am Legend...cough), this director knows when to use CG figures, and use them sparingly. IaL is one of the worst in overusing CG (and it's just bad looking CG, at that). A great start for this weekend.
And while the kids were watching Support Your Local Gunfighter (sort of sequel to the more 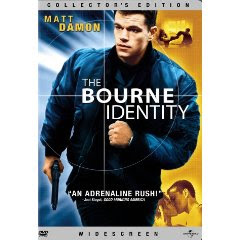 successful Support Your Local Sheriff) on Saturday, dad took in Doug Liman's great update of The Bourne Identity. A wonderfully plotted thriller that brought the character to the forefront and created a very fun film franchise. In fact, the film and its sequels actually improved upon Robert Ludlum's book trilogy. While the first book is easily one RL's best, the subsequent literary follow-ups went down in quality with each sequel publication. Eric Van Lustbaden has picked up the mantle for this book series, which I'll eventually give a try. For the movie, like with Downey, Matt Damon surprised a lot of people with his wonderful performance in this series. And if anyone is interested in trying the abridged audiobook for first book, try to avoid it (it's not worth the time).
Next, I  introduced the kids to some 80's film fare with the modern fairy tale, Splash. Way before he started to be taken seriously, Ron Howard directed this successful movie that raised all boats (careers) for those involved. And, the kids enjoyed it--though my son really liked the Daryl Hannah's sans-clothes scenes...hope my wife doesn't read this post. And after I got the brood in bed, I got one of my all-time favorites into the player, 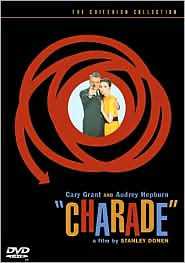 Stanley Donen's Charade. Not only did it have two of my favorite actors, the classy Audrey Hepburn and the great Cary Grant, but it is that rare film where story, cast, dialog and director came together, perfectly. Even the supporting cast had more of my favorites (Matthau, Coburn, Kennedy). Additionally, Donen matches Hitchcock in producing the type of comedy thriller that Alfred became famous for (some think Charade is more fun than any of that genre that became synonymous with the British great). It also was the only time on celluloid that Audrey and Cary were matched together (even though many a producer tried to pair them for years). Both actors worked with Donen multiple times, but the three came together magically in this one instance. And even though he was almost sixty when this 1963 film was lensed, the old circus performer Grant was as spry and nimble, as ever. The man was something. And, this ended things on a high note. Oh, and stay far, far away from the very poor remake Hollywood attempted to produce (The Truth About Charlie). Someone deserved to shot for that one.
Posted by le0pard13 at 12:12 PM